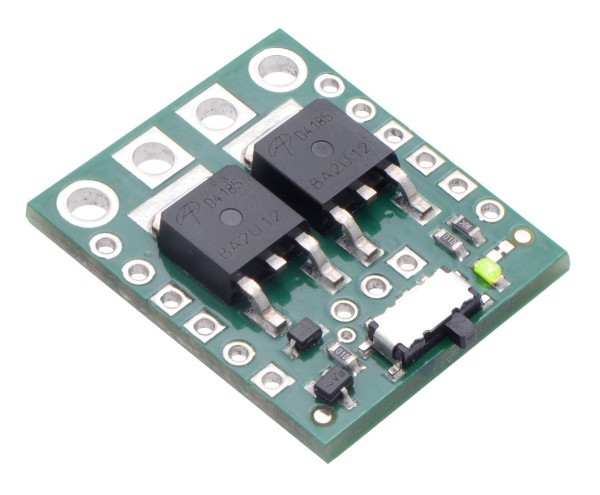 Description
Description
This breadboard-compatible module is an alternative to bulky power switches. It uses a small... more
Close menu

This breadboard-compatible module is an alternative to bulky power switches. It uses a small integrated slide switch to control a high-side power MOSFET that can deliver continuous currents up to around 8 A at 4.5 V to 40 V. The board features reverse-voltage protection and also makes it easy to control the MOSFET with an external switch or the digital output of a microcontroller.

Unlike the Pololu Pushbutton Power Switches, which can lose their state when power is disconnected and reapplied, the conducting state of the MOSFET Slide Switches is determined only by the physical control switch (or a signal supplied to the “ON” pin), independent of power applied to the board. This can make them more appropriate for applications where the supplied power may be intermittent.