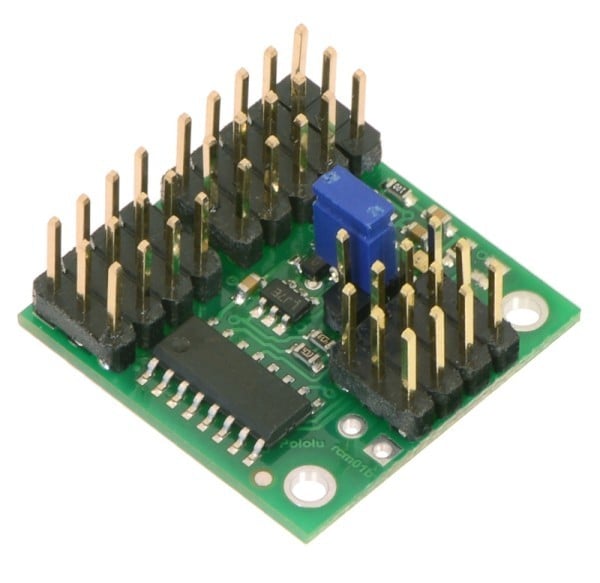 This compact four-channel multiplexer of hobby radio control (RC) pulses allows for easy switching between two independent signal sources. An auxiliary RC channel selects whether the output comes from the master or the slave source. The activation threshold and direction are configurable. This assembled version ships with 0.1″-pitch male headers pins soldered in, so it can be integrated into hobby RC systems without the need for additional soldering.