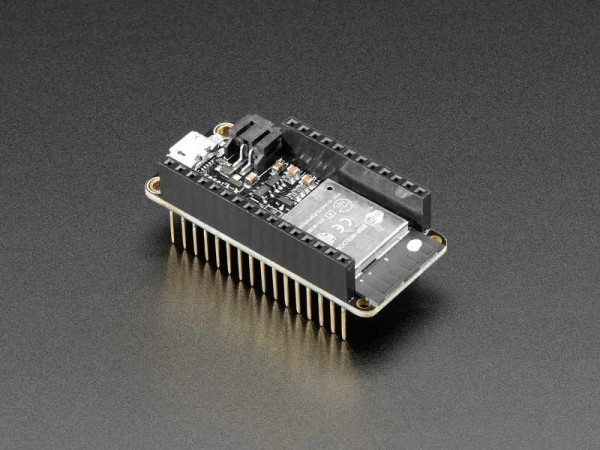 Description
Description
The ESP32 is a perfect upgrade from the ESP8266 that has been so popular. In comparison, the... more
Close menu

The ESP32 is a perfect upgrade from the ESP8266 that has been so popular. In comparison, the ESP32 has way more GPIO, plenty of analog inputs, two analog outputs, multiple extra peripherals (like a spare UART), two cores so you don't have to yield to the WiFi manager, much higher-speed processor, etc. etc! We think that as the ESP32 gets traction, we'll see more people move to this chip exclusively, as it is so full-featured.

Please note: The ESP32 is still targeted to developers. Not all of the peripherals are fully documented with example code, and there are some bugs still being found and fixed. We got all of our Featherwings working under Arduino IDE, so you can expect things like I2C and SPI and analog reads to work. But other elements are still under development. For that reason, we recommend this Feather for makers who have some experience with microcontroller programming, and not as a first dev board.

Note: This is the version with stacking headers

Here are specifications from Espressif about the ESP32: