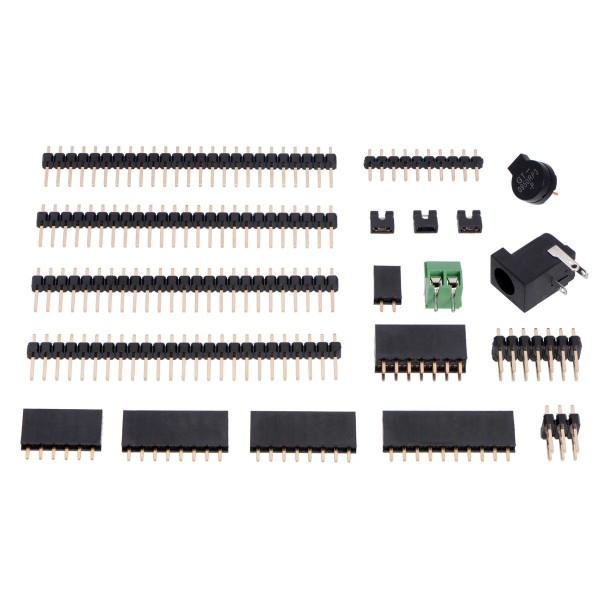 Beschreibung
Beschreibung
This accessory pack contains headers and connectors that can be soldered to an A-Star Prime SV... mehr
Menü schließen

This accessory pack contains headers and connectors that can be soldered to an A-Star Prime SV or A-Star Prime LV, allowing it to be easily wired to power sources and other circuits or devices. Also included are some shorting blocks that are useful for making some common jumper connections, as well as a through-hole buzzer.

The pack is primarily intended for use with versions of the A-Star Prime that ship with only SMT components installed:

With the parts in this pack, you can customize your A-Star Prime by only adding the connectors you need (and leaving off the rest to minimize its weight and volume). The following items are included: