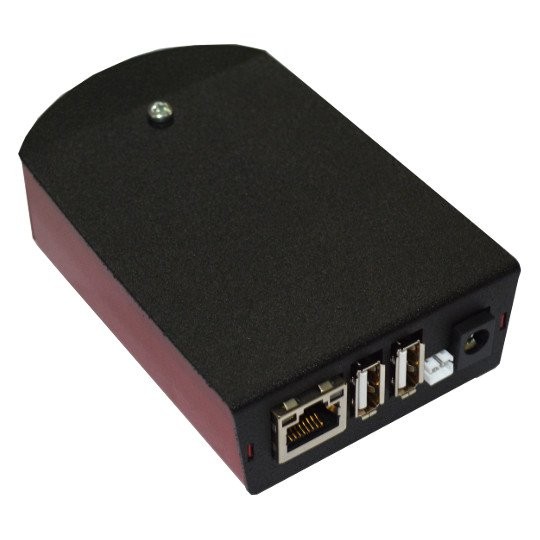 Features:
What is the proper way to assemble this case?

Remove the screw that holds the two parts of the box together. Separate the two parts. Use the metallic spacer and the two screws in the mounting hole near GPIO-4 to keep the board in place (and separated from the bottom)! Else there might be short-circuits or the buttons might be permanently pressed. The metallic spacer should be positioned between the board and the case. The whole setup should be: screw <- board - metallic spacer - case -> screw. Finally, close the case and place the rubber feet at the bottom.

Never power the LIME board before you have fully assembled the box!