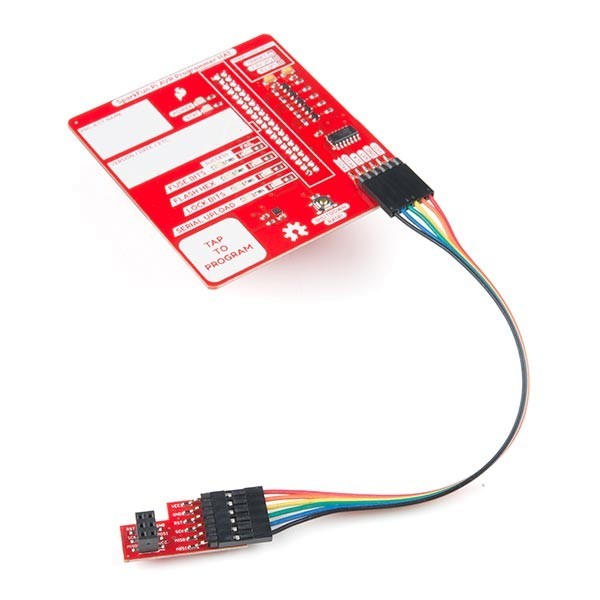 The SparkFun Pi AVR Programmer HAT makes it easy to program AVRs directly from the SPI hardware pins on any Raspberry Pi. This programmer is by far one of the fastest, most reliable, and hack-able (fully open sourced) AVR programming solutions available. Whether you?re a beginner or experienced electronics enthusiast, the Pi AVR Programmer HAT should be easy to get up-and-running.

The SparkFun Pi AVR Programmer HAT plugs directly into the GPIO port on your Raspberry Pi and provides multiple unique amenities onboard including (but not limited to) a capacitive touch pad to engage programming, multiple Pass / Fail status LEDs, an isolation switch, and label boxes to keep track of your projects. Also included with each HAT is a 1x6 hookup cable that connects to the programmer?s ISP header, and an ISP interface adapter equipped with a 2x3 header. Programming an AVR through an in-system programmer (ISP) can provide many benefits including a faster code upload rate, the ability to overwrite the bootloader and gain a bit more flash space, and a way to influence the fuse bits to change a multitude of settings on your target.

This HAT can be used directly from the command line using AVRDUDE commands, with some simple setup steps, or it can function as a stand-alone programmer with a capacitive touch pad engage button and status LEDs!